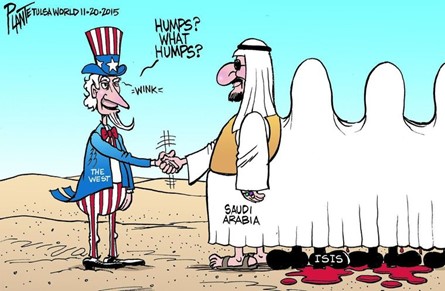 For a variety of reasons, the much ballyhooed "final offensive" against ISIS is moving with all the speed of a medieval army of drunken foot soldiers and all the audacity of a lady's garden party.

As a former soldier and war correspondent, I find the spectacle both pathetic and weird. Back in my army days, our tough sergeants used to call such behavior "lilly-dipping." There's no risk that this pathetic campaign will go down in the annals of military history.

In fact, the whole business smells to high heaven.

In the west, the Syrian government and Kurdish troops, stiffened by US, British and French special forces, and backed by US close air support, are inching towards ISIS-controlled Raqqa, a dreary, one-camel town that sits on some strategic roads. Syrian troops just retook Palmyra, once the desert capital of the fabled Queen Zenobia. The battle was hardly a second Stalingrad: ISIS fighters piled into their pickups and skedaddled.