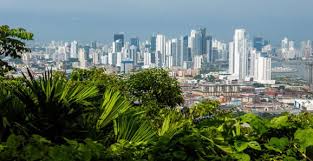 This goes back a long way. The Panamanian state was originally created to function on behalf of the rich and self-seeking of this world – or rather their antecedents in America – when the 20th century was barely born.

Panama was created by the United States for purely selfish commercial reasons, right on that historical hinge between the imminent demise of Britain as the great global empire, and the rise of the new American imperium.

The writer Ken Silverstein put it with estimable simplicity in an article for Vice magazine two years ago: "In 1903, the administration of Theodore Roosevelt created the country after bullying Colombia into handing over what was then the province of Panama. Roosevelt acted at the behest of various banking groups, among them JP Morgan & Co, which was appointed as the country's 'fiscal agent' in charge of managing $10m in aid that the US had rushed down to the new nation."

The reason, of course, was to gain access to, and control of, the canal across the Panamanian isthmus that would open in 1914 to connect the world's two great oceans, and the commerce that sailed them.

The Panamanian elite had learned early that their future lay more lucratively in accommodating the far-off rich than in being part of South America. Annuities paid by the Panama Railroad Company sent more into the Colombian exchequer than Panama ever got back from Bogotá, and it is likely that the province would have seceded anyway – had not a treaty been signed in September 1902 for the Americans to construct a canal under terms that, as the country's leading historian in English, David Bushnell, writes, "accurately reflected the weak bargaining position of the Colombian negotiator".

Colombia was, at the time, driven by what it calls the "thousand-day war" between its Liberal and Historical Conservative parties. Panama was one of the battlefields for the war's later stages.

The canal treaty was closely followed by the "Panamanian revolution", which was led by a French promoter of the canal and backed by what Bushnell calls "the evident complicity of the United States" – and was aided by the fact that the terms of the canal treaty forbade Colombian troops from landing to suppress it, lest they disturb the free transit of goods.

The Roosevelt/JP Morgan connection in the setting-up of the new state was a direct one. The Americans' paperwork was done by a Republican party lawyer close to the administration, William Cromwell, who acted as legal counsel for JP Morgan.

JP Morgan led the American banks in gradually turning Panama into a financial centre – and a haven for tax evasion and money laundering – as well as a passage for shipping, with which these practices were at first entwined when Panama began to register foreign ships to carry fuel for the Standard Oil company in order for the corporation to avoid US tax liabilities.

On the slipstream of Standard Oil's wheeze, Panama began to develop its labyrinthine system of tax-free incorporation – especially with regard to the shipping registry – with help and guidance from Wall Street, just as the US and Europe plunged into the Great Depression. The register, for example, welcomed US passenger ships happy to serve alcohol during prohibition.