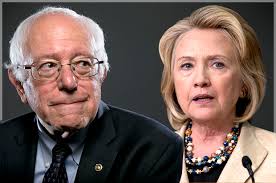 We affirm our trend forecast, made one year ago, that Hillary Clinton will win the 2016 presidential race. We now forecast her Democratic challenger, Bernie Sanders, will be chosen as her vice presidential running mate.

In our Spring 2015 Trends Journal, two months prior to Donald Trump announcing his candidacy, we wrote:

"If the election were held today… we forecast Clinton as the winner. On issues of gay rights, women's rights and abortion, Cruz, Paul, Rubio, Carson, Fiorina and Huckabee will find weak support among a sizable portion of women voters."

Indeed, in the absence of a major scandal, and as the current field of candidates stands, a Clinton victory was sealed last week when Donald Trump, already suffering "women problems" in the polls, sunk 73 percent into negative territory when he said if a woman had an abortion and they were illegal, she should be subject to "some form of punishment."

With Clinton having solidly secured the women vote and holding an insurmountable delegate lead, Sanders has succeeded in attracting die-hard Democratic liberals, the financially desperate and deeply indebted millennial voters back into the party fold.

Plucking lines directly from candidate Obama's "Change You Can Believe In" chant that rang across the nation in his 2008 campaign, Sanders simply replaced the "change" Obama never delivered on an equally boastful promise to deliver "A FUTURE TO BELIEVEIN."

Indeed, considering Sanders' stump-speech rhetoric that has generated strong populism popularity, he will, as Clinton's running mate, both increase the Democratic voter turnout in November and counter Clinton's 52 percent negative-personality rating and her pro-war policies.