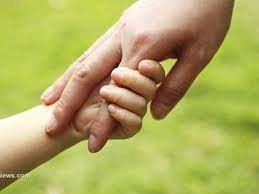 (NaturalNews) In one state, at least, it is no longer permissible to force parents at gunpoint to allow their children to be given dangerous psychotropic drugs.

As reported by The New American (TNA), a new law in New Mexico to protect kids from coercive psychiatric screening and medication was approved last year in the state, and now advocates for the law hope it will spread to other states and provide similar protection for children, families and parental rights.

As TNA reported further, Big Pharma and the Obama Administration have been pushing hard to unconstitutionally spread mandatory "mental health" screening, treatment and tracking of children nationwide. But health freedom advocates say laws like the one on the books in New Mexico "could offer much-needed protection in the years ahead. And progress is already being made," TNA noted.

The legislation in New Mexico, which was supported by members of both major political parties and passed nearly unanimously in both chambers of the state legislature, is being celebrated by its advocates as the toughest forced medication protection law in the country. Formally titled the "Child Medication Safety Act," the measure sought to address what is viewed by many as an alarming trend in the U.S. – threats and coercion against families and their children when it comes to forcing psychiatric evaluation and subsequent mandatory medication with dangerous mind-altering drugs.

"For too long parents' rights have been subjugated by the mental health industry, and children wrongly labeled with mental disorders and drugged with dangerous mind-altering psychotropic drugs," said the Citizens Commission on Human Rights (CCHR), a nonprofit mental-health watchdog that backed the law and hopes similar measures will spread nationwide. "It's encouraging that New Mexico is taking its place among a growing list of states taking protective actions on behalf of children and parental rights."

The group noted that it was time for other states to take similar action, TNA reported.

Pharma Has a Death Wish for Children and Infants

Challenging the Mother of All Scams