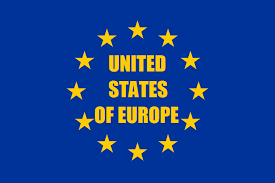 Tony Blair has warned against "flabby liberalism" and says there needs to be a tougher centre ground approach to issues such as tackling extremism and responding to the refugee crisis …  He argues that education against extremism and intolerance will come to be seen as an international obligation – in the way that environmental policy, such as tackling pollution, is addressed by international agreement. -BBC

Former UK Prime Minister Tony Blair has in mind creating an international movement to combat forces in Europe and the Middle East that promote cultural isolationism.

Blair has been under attack for much of his post-political life for involving Britain in Middle East wars and lying about it. But now Blair seems to have found a new political cause to which he can dedicate  his energy and time.

Of course, he will face push-back in his new role as well.

The reality is that the Middle Eastern wars are mostly an artificial invention of Western intelligence. Creating military polarization allows the West to manipulate countries and cultures as they have before.

Now, as is the plan, the wars have destabilized the Middle East and driven refugees into Europe, which is also being destabilized. Blair therefore will not be perceived as an honest broker but as a proponent of a kind of military manipulation aimed at undermining traditional Europe.

Those ethnic entities have created communities in countries such as Germany, Spain, France and Poland that have been maintained for hundreds and thousands of years. But not anymore.

Such cultural destruction advances a homogenized European Union that is far more amenable to becoming a "United States of Europe." Break down culture and you disassemble countries and regions.

Currently, this is being resisted as a matter of cultural self-preservation. But there are elite forces in Europe that obviously will not rest until age-old European countries are thoroughly penetrated and disassembled.

Blair is about to become a point man for such forces. From his statements as reported by the BBC, it seems evident that he has in mind creating an international movement of the sort that has driven climate change remedies forward.

In other words, he will build agreement country by country for his ideas about muscular "tolerance."

He will then involve international forces to organize a global campaign and create global treaties that will seek to virtually outlaw organized attempt to counter cultural vitiation.

Mr Blair rejected the idea that promoting values of tolerance would be seen as a form of Western interference. "The West has just got to get over this," he said. "There are many other people in the region who do not regard the notion of peaceful co-existence as a Western value, they see it as a sensible human value, a global value."

Europeans resisting the current tide of refugees were guilty of "isolationism and protectionism." Blair added that, "People are very anxious and uncertain and they are turning to the demagogic populism of left and right."

Blair is already involved in this process because after leaving office he set up a foundation promotes religious understanding and "challenges extremism and prejudice." And he has already confronted pro-Brexit forces with forceful rhetoric. Blair is an "in" proponent.

But it sounds like Blair is ready to act more forcefully. The BBC article quotes him as using fairly militant phrases to describe forces of cultural homogeneity. He talks about "fighting back" and describes the forces of the "centre" as "flabby" and "defensive."

Blair apparently made his remarks at  the Global Education and Skills Forum in Dubai. And he indicated that part of his outreach would be educational. The BBC article quotes him as saying there was "clear evidence" that education can  be an effective tool in combating "intolerance."

Blair cites the Arab Spring as a turning point in the Middle East. He claims that as a result, there is a regional consensus that "better ideas" need to be put in place that will combat extremism and prejudice.

As Blair mulls his next moves, it is not far-fetched to imagine international conferences that pass binding or non-binding resolutions against those who believe they have a right to their own cultures. Perhaps he will receive considerable funding from Western-controlled countries in the Middle East.

Obviously, what is being contemplated is an abrogation of both speech and politics. The ability of people to live as they choose will be demonized as intolerance and worse.

There is nothing wrong with the great religions of the world or those who espouse them. But the European experiment has already gone a step too far.

The idea was to set up a free trade zone that would provide additional prosperity for those living in European countries. But now these countries and their cultures are under attack.