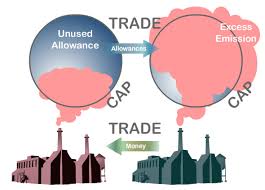 Many people, including many highly trained economists, seem to think the economics of decarbonizing the U.S. economy are simple and straightforward. Reduce the use of fossil fuels for producing goods and services by imposing taxes equal to the estimated economic cost of the CO2 emissions generated by their production. Increase the production and use of power from wind and solar by subsidizing power from these sources.

The actual impacts of such taxes and subsidies are not this simple. Consider first the tax side. A carbon tax is intended to increase prices of goods or services whose production generates CO2 emissions, lowering demand and ultimately production and emissions. But in the U.S., demand for many carbon-intensive things — such as gasoline for automobiles and electricity for heating and cooling — is highly inelastic. This means higher prices don't significantly reduce the number of miles that people drive or how much electricity they use. What higher prices for carbon intensive goods and services will almost certainly do is to severely punish poor and middle class households with higher costs for life's necessities — like driving to work and heating the house, leaving less money for truly discretionary spending.

If carbon taxes do more than this, and actually reduce CO2 emissions, then they actually may succeed too well. A major justification for carbon taxes is that the revenues from such taxes can be used to lower other taxes that distort incentives while allowing funding of public services to remain unaffected. But as the history of state cigarette taxes — used to fund public schools — shows, once governments become dependent on a tax source, their incentive is to increase the tax level to get more funding, even if the data show that this increase may not be achieving its ostensible aim.

Indeed, if CO2 emissions did not fall or even increased — as would happen if by some miracle the future U.S. economy somehow escaped its Obama-era no growth doldrums — the pressure to increase carbon taxes would be enormous. But if producers of coal, oil, and natural gas and other carbon intensive goods and services were to expect higher future carbon taxes, and hence lower future revenues, then they would have an incentive to produce as much as possible now. In this way, the imposition of a carbon tax could very plausibly increase current CO2 emissions.

The flip side of this coin consists of subsidies for or mandated use of renewable energy sources of electric power. These are ostensibly designed to create incentives for a long-term transition toward renewables and away from fossil fuel energy sources. As experience in Germany has shown, however, subsidies for wind and solar not only punish consumers with massive increases in electricity prices, but perversely can ultimately require subsidies for thermal, fossil fuel-fired power plants.