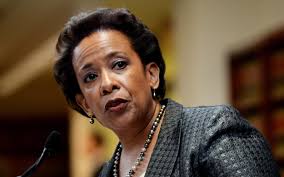 These climate change censors claim that the argument over climate change is settled and the deniers' success in blocking congressional action is harming the public. Therefore, the government must disregard the First Amendment and silence anyone who dares question the reigning climate change dogma. This argument ignores the many reputable scientists who have questioned the magnitude, effects, and role of human action in causing climate change.

If successful, the climate change censors could set a precedent that could silence numerous other views. For example, many people believe the argument over whether we should audit, and then end, the Federal Reserve is settled. Therefore, the deniers of Austrian economics are harming the public by making it more difficult for Congress to restore a free-market monetary policy. So why shouldn't the government silence Paul Krugman?

The climate change censorship movement is part of a larger effort to silence political speech. Other recent examples include the IRS's harassment of tea party groups as well as that agency's (fortunately thwarted) attempt to impose new rules on advocacy organizations that would have limited their ability to criticize a politician's record in the months before an election.

The IRS and many state legislators and officials are also trying to force public policy groups to hand over the names of their donors. This type of disclosure can make individuals fearful that, if they support a pro-liberty group, they will face retaliation from the government.

Efforts to silence government critics may have increased in recent years; however, the sad fact is the US Government has a long and shameful history of censoring speech. It is not surprising that war and national security have served as convenient excuses to limit political speech. So-called liberal presidents Woodrow Wilson and Franklin Roosevelt both supported wartime crackdowns on free speech.

Today, many neoconservatives are using the war on terror to justify crackdowns on free speech, increased surveillance of unpopular religious groups like Muslims, and increased government control of social media platforms like Facebook and Twitter. Some critics of US foreign policy have even been forbidden to enter the country.

Many opponents of government restrictions on the First Amendment and other rights of Muslims support government actions targeting so-called "right-wing extremists." These fair-weather civil liberties defenders are the mirror image of conservatives who support restricting the free speech rights of Muslims in the name of national security, yet claim to oppose the authoritarian government. Defending speech we do not agree with is necessary to effectively protect the speech we support.