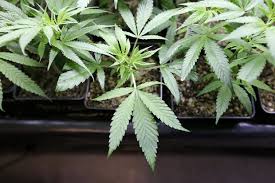 Cannabis has been shown to kill cancer cells, save the lives of countless epileptic children, treat PTSD, heal bones, treat brain trauma, and a slew of other uses science is only beginning to understand. And yet, the only thing dangerous about this seemingly miraculous plant is that police will kidnap, cage, or kill you for possessing it.

To understand why the state is so adamant about locking people in cages over a plant, we have to look at the history of that plant's prohibition.

WARNING: The conspiratorial stupidity and mania surrounding the prohibition of cannabis are massively infuriating.

Using the data compiled at DrugLibrary.org, Nick Panetta, the public relations director of UGA NORML sums up the history of drug war quite eloquently.

Historically, marijuana drug laws are the product of a lack of knowledge, and what must either be described as propaganda or complete lunacy. Prior to the federal Marihuana Tax Act of 1937, 27 states had passed laws against Marijuana. Those states could be categorized into three groups: Southwestern, Northeastern, and Utah.

Looking at the legislation, it's obvious the Southwestern states outlawed marijuana to control an undesired Mexican population. It wasn't marijuana that legislatures were fighting, it was its users; cheap Mexican labor was a problem. Congressmen rallied around statements such as, "All Mexicans are crazy, and this stuff [marijuana] is what makes them crazy", and "Give one of these Mexican beet field workers a couple of puffs on a marijuana cigarette and he thinks he is in the bullring at Barcelona."

Northeastern states had entirely different reasons for the ban. According to a 1919 New York Times editorial, "No one here in New York uses this drug marijuana. We have only just heard about it from down in the Southwest, but we had better prohibit its use before it gets here. Otherwise all the heroin and hard narcotics addicts…and all the alcohol drinkers…will substitute this new and unknown drug marijuana."