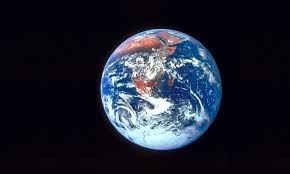 Determining the point when the planet's atmosphere became oxygenated is a key component of reconstructing when life originally emerged and began to evolve. Previous research has found that the oxygenation process occurred in two main phases: the first during what is known as the Great Oxidation Event (2.5-2.4 billion years ago), and a second during the Late Neoproterozoic Era (750 to 540 million years ago) that ultimately led to the emergency of animals.

However, in work published in a recent edition of Scientific Reports, Professor Robert Frei of the University of Copenhagen Department of Geoscience and Natural Resource Management and his colleagues conducted a new analysis of BIFs and discovered that Earth's atmosphere contained a small amount of oxygen 3.8 billion years ago, or at least 700 million years earlier than previously believed.

Findings suggests life may have emerged earlier than previously believed

An example of a Banded Iron Formation: Credit of the University of Copenhagen

Banded iron formations (BIFs) are sediment layers originally composed of alternating layers of silica and iron hydroxides, and are able to retain oxygenation and reduction process information in seawater and on the interaction of the planet's atmosphere and surface, the study authors said in a statement. The Western Greenland BIFs used in this study are the oldest on Earth.

Professor Frei and his colleagues used concentration and isotope compositions, or variations of the same elements with different atomic weights, of the chromium and uranium elements found in the BIFs. These elements were chosen because they weather quickly when exposed to O2 and other types of reactive oxygen species, the researchers explained. Once weathered, they are then transported by river into oceans, where they wind up deposited in chemical sediments.