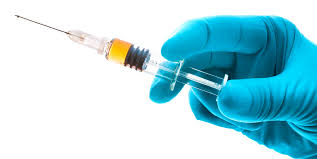 (NaturalNews) The debate surrounding vaccinations is deeply rooted in an us-versus-them battle. On one side stands the government, Big Pharma and medical professionals who advocate its supposed benefits and maintain that vaccines are the reason why infectious diseases have been kept at bay throughout time. On the other side are those whose lives have been forever changed for the worse because of them.

However -- as if the slew of people who have stories of related illnesses or the multiple times that Natural News has reported on their severe health consequences isn't convincing enough -- historical data actually proves that vaccines didn't conquer infectious disease. That's right. History proves that what we've been told all along -- that vaccinations are necessary and responsible for maintaining the health of the masses for ages -- simply isn't true.

The data she brings forth details how measles epidemics occurred every two years in the 1800s in the United States and England, but that during the last century, measles incidents "dropped remarkably in Europe." In 1908, before a vaccine was developed, children aged 5 or younger who contracted measles had a mortality rate of a low 5.8 percent. When a vaccination was developed in 1960, "notification of childhood measles in England and Wales was only 2.4% and mortality fell to 0.030%, which is 1/200th of the 1908 Glasgow mortality rate."(1)

The fact that such vaccinations were, and still are, being given, when history has shown a decline in the deaths pertaining to the very condition for which they are being developed, is cause for concern.

As for whooping cough vaccine, the following is noted:

Because whooping cough was once a devastating disease in a large proportion of children, a campaign to develop a vaccine was under-taken, but not until after deaths had already fallen to historic lows in the 1940s. From its peak in the 1800s, whooping cough deaths had declined by more than 99 percent before a vaccine was in wide-spread use.

The national vaccination program began in the United States in the late 1940s and in England by 1957.(2)

Data also shows that England mortality rates from scurvy and whooping cough from 1901 to 1967 declined sharply.(3) Still, we see a case of developing a vaccine right at a stage when mortality rates are dwindling.

The lists go on. Historical data also show that vaccinations for diphtheria and polio were developed right around the point in time when their death rates were steadily dropping -- and had been for decades or centuries, without vaccinations in place.(4)

Those who administer vaccinations practicing with "comfortable indifference"

Yet efforts to fight the ills created by vaccinations are often met with resistance. History, unfortunately, shows that as well.

"Decorous and admissible language fails me, in alluding to that which might have seemed incredible thirty years ago--the commanding of vaccination on a second child of a family," said Emeritus Professor F. W. Newman back in 1874, "when vaccination has killed the first; and then sending the father to prison for refusal."(5)