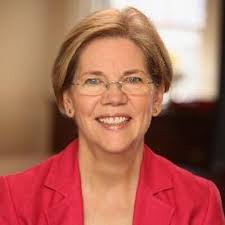 (NaturalNews) U.S. Sen. Elizabeth Warren of Massachusetts has sent a letter to the head of the Centers for Disease Control and Prevention asking the agency to look into ways to combat the growing epidemic of prescription opioid abuse, in part by examining the impact of increased use of medical marijuana as a substitute for pain control.

The letter to Dr. Thomas Friedan to the Atlanta-based CDC acknowledges the widening epidemic and notes that it continues "to grow at an alarming pace."

"I continue to hear stories from constituents across" her state who are "affected by this crisis," Warren wrote, adding that parents were fighting for their kids, doctors for patients and communities "fighting for each other."

Warren cited a statistic from the Massachusetts Department of Public Health which claims that there were 1,100 confirmed cases of unintentional opioid overdoses in 2014, up 65 percent from 2012. She added that the 2014 estimate "is the highest ever in Massachusetts."

But she also noted that prescription painkillers were the leading cause of the epidemic, and that, according to the National Institutes of Health on Drug Abuse, "the U.S. remains the largest consumer" of prescription opioids in the world.

"Despite accounting for 5% of the global population" Warren wrote, "Americans consume 75% of prescription opioid medications in the world. In 2013, the U.S. Centers for Medicare & Medicaid Services reported that more hydrocodone acetaminophen (trade name Vicodin) was prescribed to Medicare beneficiaries than any other drug. Prescribers – specifically those in primary care settings – are truly on the front lines and have the ability to stem the tide of this growing epidemic."

In her letter, Warren asked Friedan's agency to collaborate with the National Institutes of Health, the Substance Abuse and Mental Health Services Administration, and the Drug Enforcement Administration to learn more about:

-- the long-term impact of opioids on children who are treated at a young age;

-- the "use, uptake, and effectiveness of medical marijuana as an alternative" to opioid therapy for pain management "in states where it is legal";

-- The "impact of the legalization of medical and recreational marijuana on opioid overdose deaths"; and

-- the implications for increased use of fentanyl, another frequently prescribed painkiller, and how it "may be contributing to opioid overdoses and deaths."

Warren said she "applauds" the work the CDC has already undertaken in regards to examining the epidemiology of the opioid epidemic and the support of similar work being done in various states, as well as the agency's effort to "provide guidelines to prescribers on the use of painkillers for chronic pain treatment."

Dos and Don't on All Things Flu/Covid

Why Isn't Anyone Talking About Natural Immunity?