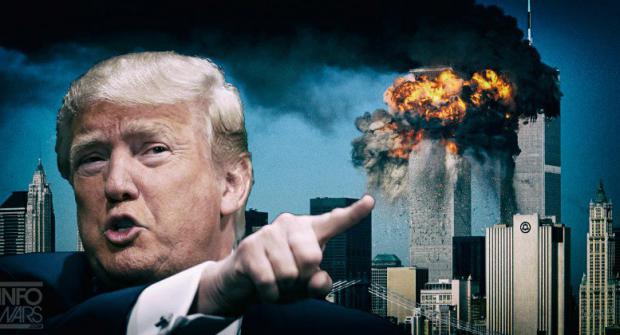 Trump was referring to the 28 pages of the original Joint Congressional Inquiry into 9/11, which remain classified and withheld from the public on grounds of 'national security'.

The pages are thought to implicate the Saudi Royal Family in financing the supposed hijackers in the United States prior to the attacks.

Speaking at a press conference regarding the missing pages in 2014, Rep. Thomas Massie lobbied for the release of the documents stating he read them and that they challenged him to reconsider everything he knew about the event.

"As I read it — we all had our own experience — I had to stop every couple pages and just sort of absorb and try to rearrange my understanding of history for the past 13 years and years leading up to that. It challenges you to rethink everything," Massie said.

Donald Trump has repeatedly attacked Jeb Bush on the campaign trail and at debates by raising the issue of 9/11, and the intelligence warnings that wereprovided to the Bush administration and subsequently ignored.

Jeb Bush has avoided the issue, and even mocked those who raise it: