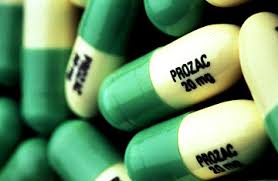 (NaturalNews) Award-winning investigative journalist Kelly Patricia O'Meara says when it comes to psychiatric diagnosing, it doesn't matter what people in the medical and psychiatric community believe, but rather what they can prove. In her book Psyched Out: How Psychiatry Sells Mental Illness and Pushes Pills that Kill, O'Meara argues that tens of millions of Americans are being treated for a problem they don't have. The following is a snippet from her book:

America has a drug problem. It's nothing as covert as those illicit and illegal "Just Say No" drugs but, rather, Americans have become drug users by way of being diagnosed as suffering from one or a number of alleged mental disorders.

Whether America's psychotropic drug users are "better" for having their minds chemically altered is a question that an increasing number of professionals within the medical, psychiatric and legal communities and even legislative bodies are beginning to consider.

70 percent of Americans are taking SSRIs, yet the majority has never suffered from major depressive disorder

Certainly there are millions who believe prescription mind-altering drugs have made their lives more manageable and will acknowledge they feel "better" since being on psychotropic drugs. But recent revelations about Selective Serotonin Reuptake Inhibitors (SSRIs), commonly known as antidepressants, raise serious questions about not only the effectiveness of the newest and most widely used class of psychotropic drugs, but also whether the drugs are even safe.

Whether Americans actually suffer from a biological or neurological disease (an objective, confirmable abnormality) of the brain has never been addressed by policymakers charged with ensuring the nation's mental health.

A growing number of experts, including many psychiatrists, believe the increased use of psychotropic drugs is a two-pronged problem which, to date, has received a one-sided review by lawmakers and federal officials who set public policy.

The question that remains inexplicably taboo is: Have Americans become prescription psychotropic drug users in record numbers because they suffer from objective, confirmable abnormalities of the brain?

The objectivity of psychiatric diagnoses

Until the psychiatric community is called upon to provide conclusive scientific evidence that the nearly 400 disorders listed in the American Psychiatric Association's (APA's) Diagnostic and Statistical Manual of Mental Disorders (DSM-IV) are not merely subjective clinical diagnoses but rather objective, confirmable abnormalities of the brain, the debate surrounding the benefit or risk of psychotropic drugs seems moot.

Basic logic begs the question: Without objective, confirmable proof that the neurologic-biologic abnormality exists, how can the benefit of mind-altering drug treatment be objectively determined?

While the psychiatric community thus far has succeeded in escaping any official review of the diagnoses that lead to the drugging of America, the makers of the mind-altering drugs have not been so lucky. The risk-benefit argument surrounding the use of prescription mind-altering drugs to "treat" mental disorders has been around as long as the drugs themselves.