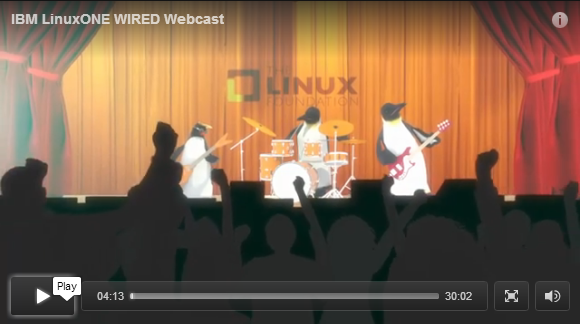 These are exciting times for Linux.

In the past two decades, the open source operating system has gone from being an obscure outlier in the developer community to a critical part of many organizations and business models.

Today, Linux is everywhere, powering everything from massive corporate enterprise systems to the millions of objects that make up the Internet of Things. And you'll find Linux in products you'd never expect: from drones to phones, from cars to TV sets. The biggest computing systems in the world use Linux — and the smallest as well. Linux even helped land a spacecraft on Mars.

If you're working with information on a screen there's a good chance that, somewhere along the way, the vibrant open source community of Linux developers was involved in getting it there. "Open source and Linux is the coal and steel of the 21st century," says Mike Woster, chief operating officer of the Linux Foundation. "They are the fundamental building blocks of business."

Linux is the fastest growing operating system on the planet, and it's not hard to see why. In the business world, where change is constant and often unpredictable, continual innovation is key. The tech infrastructure of today may not be able to handle the growing demands of tomorrow.

The collaborative nature of the open source community means that Linux code is improved relentlessly; the best developers on the planet work around the clock to ensure that Linux is flexible, secure, and — most critically — interoperable. "The Linux community is very wide and diverse with many different communities contributing," says Woster. "That's a critical part of its strength."

The role of Linux will continue to grow as computing demands increase, particularly as mobile applications play a bigger part of our daily life and more data moves into the cloud. Today, there are almost as many cell phone subscriptions (6.8 billion) as there are people on earth (7 billion), according to the ITU, the United Nations specialized agency for information and communication technologies. Many of these phones are used daily for mobile commerce, and their users have insistent performance demands: they expect apps to launch and perform immediately, and want a response on social media within five minutes.