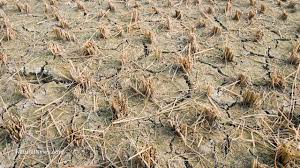 (NaturalNews) Traces of pharmaceutical drugs released into the environment can cause changes to plant growth, according to a study led by researchers from by the University of Exeter and Plymouth University, and published recently in the Journal of Ecotoxicology and Environmental Safety.

"The huge amounts of pharmaceuticals we use ultimately end up in the environment, yet we know very little about their effects on flora and fauna," researcher Clare Redshaw said.

The scientists found that even at the trace concentrations typically found in the environment, non-steroidal anti-inflammatory drugs (NSAIDs) produced changes in the growth patterns of food crops.

NSAIDs, used as both anti-inflammatories and painkillers, are among the most widely used drugs in the world. The family includes aspirin and ibuprofen. More than 30 million NSAID prescriptions are issued daily, and many of the drugs are also available over the counter.

"As populations age and generic medicines become readily available, pharmaceutical use will rise dramatically and it's essential we take steps towards limiting environmental contamination," Redshaw said. "We haven't considered the impact on human health in this study, but we need to improve our understanding quickly so that appropriate testing and controls can be put in place."

NSAID use leads to water pollution

Prior research has proven that, after taking pharmaceutical drugs, people excrete trace amounts of those drugs and their metabolites back into the environment via urine. Many of these chemicals are not removed during wastewater treatment, and thereby make their way into the environment and into water or sewage sludge that is used to irrigate food crops.

In a 2012 study commissioned by the Swedish Environmental Protection Agency, traces of the NSAID diclofenac were detected in wastewater, surface water, drinking water and wild fish.

"We're aware of the problem with diclofenac," said Jerker Fick of Umea University.

"After all, these are fish caught in the wild, and the samples show that there are drugs that are difficult to break down, that make it through wastewater treatment plants , [sic] and that they are bioconcentrated by the fish."

The new study is among the first to examine, however, what impact this pharmaceutical pollution is having on human food crops.