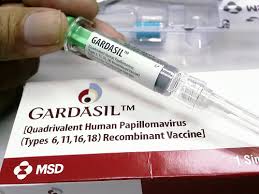 "About eight in every ten women who have been sexually active will have HPV at some stage of their life," said researcher Diane Harper of the University of Louisville. "Normally there are no symptoms, and in 98 per cent of cases it clears itself. But in those cases where it doesn't, and isn't treated, it can lead to pre-cancerous cells which may develop into cervical cancer."

But for women in the Western world with access to cervical cancer screening via yearly Pap smears, the risks of the vaccine are likely to outweigh the benefits, Harper warns.

Vaccine as risky as the cancer
The key factor, according to Harper, is that cervical cancer rates in the United States and other Western countries tend to be very low to begin with. Even if the HPV vaccine does prevent cervical cancer, and not just HPV infection – an outcome that has never been proven – this is unlikely to have much effect on cancer rates. In addition, cervical cancer is highly treatable if detected early, via a yearly Pap smear.

In contrast, Harper says, the rate of serious side effects for the HPV vaccine is relatively high. One key study, conducted by CDC researcher Barbara Slade, and published in the Journal of the American Medical Association (JAMA), found 3.4 serious adverse events – including death – per 100,000 doses. Yet this article under-reported the risks of the vaccines by as much as five-fold, Harper says.

"Parents and women must know that deaths occurred," Harper said. "Not all deaths that have been reported were represented in Dr. Slade's work, one-third of the death reports were unavailable to the CDC, leaving the parents of the deceased teenagers in despair that the CDC is ignoring the very rare but real occurrences that need not have happened if parents were given information stating that there are real, but small risks of death surrounding the administration of Gardasil."