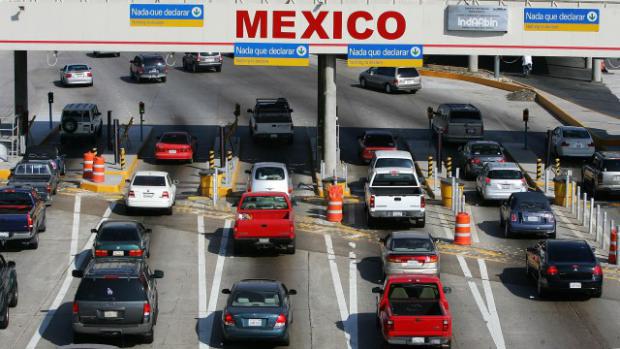 SAN DIEGO (AP) — Nearly half of the people living in the U.S. illegally are believed to have entered the country legally and stayed on expired visas. To combat the problem, the federal government on Thursday is launching one of its most ambitious efforts to track them.

of foreigners entering the country at San Diego's Otay Mesa port of entry on foot. By February, foreigners going to Mexico on foot through the checkpoint will get scanned.

The trial run, which lasts through the end of June, will help determine if authorities expand biometric screening to foreigners at all land crossings on the 1,954-mile border with Mexico. Authorities will look at the accuracy of the cameras.

For more than two decades, Congress has demanded biometric screening such as fingerprints, facial images or eye scans from people leaving the country, but the task has presented enormous financial and logistical challenges. There is no checkout system

Marc Rosenblum, deputy director of U.S. immigration policy at the Migration Policy Institute, said the attempt to capture biometrics from people leaving the country would fix "the biggest deficiency in the whole system."