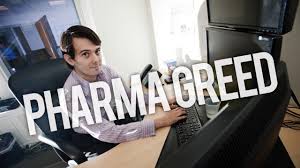 The move could undermine Turing's plan to squeeze a profit out of Daraprim, which is used to treat an infection that's harmful to people with weakened immune systems.

The drug, which is more than 60 years old, only cost $13.50 when Turing acquired it and hiked the price.

Shkreli, who spoke Thursday at the Forbes Healthcare Summit in New York, brushed off the news of a low cost competitor.

"Express Scripts emailed me begging for my business," he said.

Steve Miller, the chief marketing officer of Express Scripts didn't stand by. When the session opened for questions, Miller fired back with a question about what infectious disease doctors think of Turing's decision to increase the price of Daraprim.