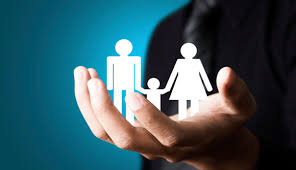 The United States Has To Lead ... Former Secretary of Defense Leon Panetta thinks the United States has not provided strong enough leadership in the battle to defeat ISIS. "I think the U.S. has to lead in this effort because what we've learned a long time ago is that if the United States does not lead, nobody else will," Panetta told Chuck Todd on NBC's "Meet the Press." According to Panetta, many parties — Syrian President Bashar al Assad, Iran, Hezbollah, former Iraqi Prime Minister Nouri al-Maliki — deserve some of the blame for the rise of ISIS, so does the United States "by virtue of not getting involved sooner." – NBC

Dominant Social Theme: The terrorists are winning because the US is not fighting back.

Free-Market Analysis: NBC, like most of the mainstream media, is in full cry about how to defeat ISIS. Of course, it might be helpful to figure out where ISIS came from and how it got to be as formidable as it is (if indeed the acts attributed to it are true).

We made a stab in this direction by tracking the emergence of radical Islam back to Saudi Arabia and then pointing out that its Wahhabist roots have been cultivated at the behest of the US government and those that stand behind the US military-industrial complex.

There are other convincing articles (in other venues) that show the US and its intel operations helped create ISIS – just as the CIA apparently created Al Qaeda – to accomplish goals that US "leaders" deemed necessary. Al Qaeda was aimed at combating the USSR in Afghanistan. ISIS was aimed at removing the Assad regime.

But then there is "blowback." Somehow, whenever US intel creates an enemy, that enemy inevitably takes aim at the US, NATO and the West in general. Thus, one could argue that especially in this post-World War II era, the US is constantly creating its own enemies. It is all a mistake, we learn ... too late.

Why doesn't US intel learn from its mistakes? Roosevelt empowered the Soviet Union by handing them Eastern Europe. The US for some reason covertly supported Mao and his Great March, which led to the takeover of China. US intel installed both Gaddafi and Hussein before supporting wars to remove them.

Al Qaeda and ISIS were supported (created) by the US before US officials – exercising better judgment – decided they were the enemy. To the best of our knowledge, no recriminations, formal or otherwise, are ever aimed at the US intel community.

The constant "blowback" has negative effects far beyond the regions where fighting is taking place. The blowback is also civil and involves the poisoning of the body politic via the suspension of civil rights and the further empowerment of the military-industrial complex.

Certainly, the Paris attacks, horrible as they were, are engendering a further rush toward formal military operations on a massive scale. Here's some more from an article based on yesterday's "Meet the Press."

The former defense secretary said the efforts overseas aren't coordinated: We need to set a Joint Command Center where all of these countries are together on their objectives. And secondly, we need to increase our effort there, we need to increase the tempo of our air strikes, we need to organize ground forces, particularly, the Sunnis and the Kurds and arm them so that they can take territory back from ISIS.