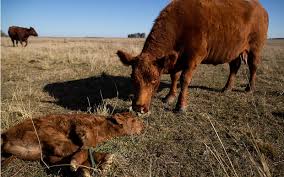 The world's biggest animal "cloning factory" is due to open in China, producing one million calves a year, sniffer dogs and even genetic copies of the family pet.

"The mortality rate remains equally high. Many of the animals which are born alive die in the first few weeks, and they die painfully. Should we allow that?"

The £21 million "commercial" facility will edge the controversial science "closer to mainstream acceptance", Chinese media said, following the development of a technique which began when Dolly the sheep became the first cloned mammal when she was born in Scotland in 1996.

The centre may cause alarm in Europe, where the cloning of animals for farming was banned in September due to animal welfare considerations.

But Xu Xiaochun, chairman of Chinese biotechnology company BoyaLife that is backing the facility, dismissed such concerns.

"Let me ask one question. Was this ban based on scientific rationale or ethical rationale or political agenda?" Mr Xu told The Telegraph.