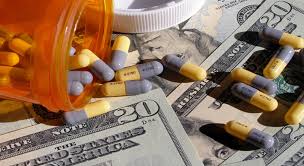 Over the past few months, we have been covering the story of Turing Pharmaceuticals and their CEO Martin Shkreli, also known as "pharma bro". Shkreli quickly jacked up the price of an old drug from $13.50 a pill to $750 after new studies revealed that it could treat a number of different conditions. His decision faced a massive media and public backlash that resulted in a PR nightmare for the company.

Luckily, It took roughly one month for a competitor to come on the scene and offer a lower price, and now Turing has recently reported a $14.6 million net loss for the most recent fiscal quarter.

In a statement announcing their losses, Turing admitted that the price of their controversial drug called Daraprim was likely one of the reasons for their bad quarter.

With respect to Daraprim®, after consulting with patient advocacy groups and infectious disease doctors, Turing understands that toxoplasmosis patients are primarily concerned with timely access and minimal out-of-pocket costs. We are committed to continuing the expansion of our distribution partnerships in order to facilitate optimal patient access. In addition to participation in federal and state programs with costs as low as 1 penny per pill, and patient savings programs under which patients' out-of-pocket expenses do not exceed $10 per prescription, Turing contributes to Patient Services, Inc. (PSI), a longstanding independent charity that provides support for financially needy patients' cost-sharing obligations for any toxoplasmosis therapies, consistent with PSI's advisory opinion from the HHS Office of Inspector General. In order to better address the needs of physicians and patients, Turing will be introducing a 30-count bottle to address the needs of hospitals as well as a sample package to ensure physicians have timely and affordable access to therapy in emergency situations.