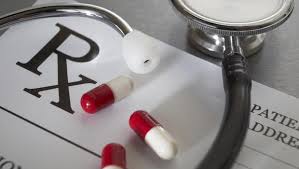 The United States is one of two countries in the world that allows pharmaceutical companies to market directly to consumers. Now the American Medical Association (AMA), the largest physician organization in the country, wants to put a stop to that—at this week's Interim Meeting, AMA members voted to support a federal ban on advertising in an effort to help guide consumers and reduce drug costs, according to a statement.

If you think you've seen more prescription drug ads in recent years than in the past, you're probably right. The bonanza began with gusto in 1997, when the Food and Drug Administration relaxed the restrictions on the sorts of ads that pharmaceutical companies could use to target consumers directly. If their spending is any indication, these ads have been wildly successful—in 2014, pharma companies spent a total of $4.5 billion on consumer ads, an increase of $1 billion from 2012.

That's still a fraction of the money these companies spent on marketing to physicians and clinicians (that was $24 billion in 2012), but the budget has been growing rapidly.

All these ads have shifted the market in a way that isn't helpful to consumers, the AMA argues. "Physicians cited concerns that a growing proliferation of ads is driving demand for expensive treatments despite the clinical effectiveness of less costly alternatives," according to the statement.