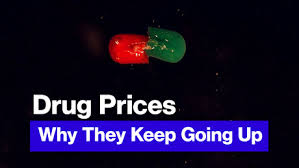 Just look at prices for glycopyrrolate, an everyday drug used to dry up secretions prior to surgery. After one of only two makers of the drug temporarily closed its factory in 2012 to fix quality control problems, Hikma Pharmaceuticals Plc raised prices on its injectable version more than 800 percent over the next year. Both manufacturers are now making the drug again, yet Hikma's prices have only fallen slightly and remain more than eight times higher than they were in early 2013.

Glycopyrrolate is hardly an isolated case. All sorts of medications, from treatments for irregular heartbeats to supplies as basic as saline solution, have shot up in price as common hospital drugs are increasingly, and sometimes critically, in short supply. The reasons for the shortages are varied: creaky old factories, an FDA crackdown on quality control, companies exiting the market for more lucrative opportunities and fewer producers in the wake of a wave of mergers and acquisitions.

"It's a broken market," said Stephen Schondelmeyer, a pharmacist and economist at the University of Minnesota who has studied drug prices. "Drug companies know there is going to be an end to this blank check era and they are pushing for whatever they can get."

Hikma said that higher prices helped cover the cost of increasing supply and shifting production to a new plant in Portugal after a supplier dropped out. After discounts, the drug still doesn't cost more than $20 for a typical surgery, according to a company spokesperson.

Many in the industry maintain that massive price hikes on older drugs are limited to a few bad actors. Merck & Co. Chief Executive Officer Ken Frazier has said "companies that may take advantage of temporary market disruption to charge as much as they think the market will bear" behave in a way in a way that is "inappropriate."