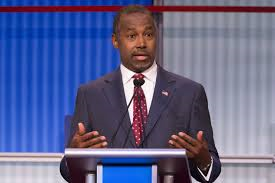 Carson's comments, his first on the deal, came during an appearance on Breitbart News Daily on Sirius XM Patriot Channel 125 with Stephen K. Bannon on Tuesday.

"It's always open for discussion but I'm an advocate for free trade," Carson said.

There are things in the TPP I'm not enthusiastic about, certainly [including] disputes that are supposed to be looked at by, you know, a UN commission or a World Trade Organization. I don't like to subject anything in America to outside forces that might be able to impact our laws. That's a caveat. And I have to be assured that they don't have influence over us. But, I think overall it helps to level the playing field. I think there are those that say "no, no, no, we don't want it."

But the problem is when we begin to slap tariffs on things and get into these trade wars, who has to pay for that? It's the guy who goes to Walmart and Target. He's the one who gets slammed by that.