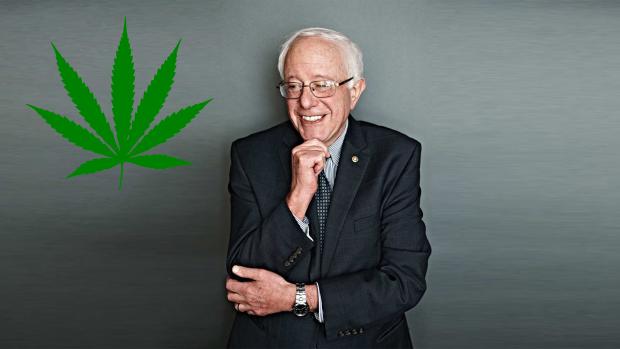 Bernie Sanders claims to have never been a stoner, but he's becoming one of the best friends potheads have in the nation's capital.

The presidential candidate is introducing a bill in the Senate today that would end the federal prohibition on marijuana.

But this isn't his attempt to turn America into Amsterdam.

"It is absurd that it is compared to, or treated, the same way as heroin is," Sen. Sanders told The Daily Beast in the Capitol.

This sets Sanders apart from other the presidential candidates who give lip service to relaxing marijuana laws, but who have failed to offer concrete proposals. Republican candidates Carly Fiorina, Rand Paul, and Jeb Bush are all basically in agreement with the thrust of Sanders's bill, and so is his main rival, Hillary Clinton, though her real position is hard to peg.

In the Las Vegas debate, Clinton twisted herself in knots on the topic.