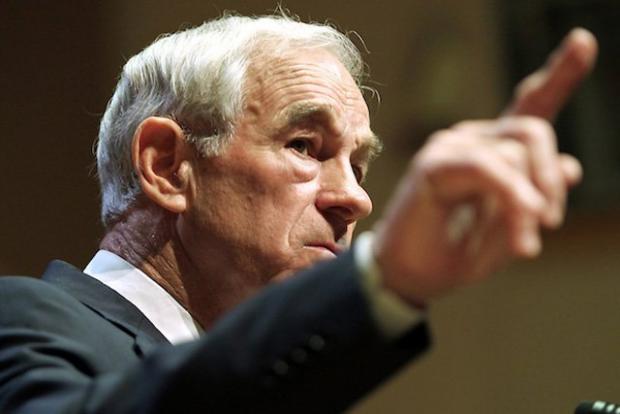 On October 10 the online History News Network expressed its disapproval (yet again) of a statement that Ron Paul made several years ago regarding the American "Civil War."  In a television interview Ron Paul expressed disagreement with the new, politically-correct legend that slavery was the one and only cause of the Civil War.  The long-simmering conflict over states' rights versus consolidation and nationalism was the main problem, he said.  So the History News Network highlighted an article by one Dale Schlundt, an adjunct professor at Northwest Vista College, on "Why People Like Ron Paul Falsely Believe Slavery Wasn't the Cause of the Civil War."  Schlundt is very upset that someone with such a large audience and who allegedly "did not study the Civil War in depth" would say such a thing.  He says that he starts each semester of his history class with a video of Ron Paul's television interview on the subject, and then spends considerable class time belly-aching about it.

Of course, the reason why "people like Ron Paul" believe that there were multiple causes of the "Civil War," as with all other wars in human history, is that they have studied the subject in depth, unlike Dale Schlundt, and do not rely simply on the latest politically-correct platitudes.  For example, they are familiar with the book, The Causes of the Civil War by Kenneth Stampp, a former president of the American Historical Association. This widely-used university-level textbook discusses dozens of causes of the war, which is why the title of the book includes the word "Causes," not "Cause."  Dale Schlundt is apparently oblivious to this scholarship.

"People like Ron Paul" are also aware of the fact Abraham Lincoln and the U.S. Congress very clearly stated that ending slavery was not the purpose of the war.  The U.S. Congress, which was almost totally comprised of Northerners in July of 1861, issued its "War Aims Resolution" that stated:

That this war is not waged upon our part in any spirit of oppression, nor for any purpose of conquest or subjugation, nor for the purpose of overthrowing or interfering with the rights or institutions of the States [meaning slavery], but to defend and maintain the supremacy of the Constitution and to preserve the Union.