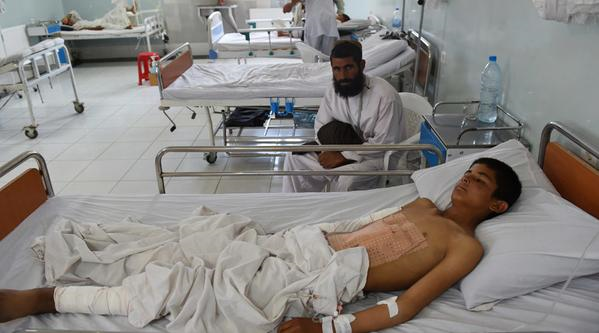 The move was an unwelcome surprise for Medecins Sans Frontieres (Doctors Without Borders) which operates the site.

Members of a joint investigation team from the US, NATO and Afghan government were aboard the heavy military vehicle, Reuters reported citing a Medecins Sans Frontieres (MSF) statement on Thursday.

"Their unannounced and forced entry damaged property, destroyed potential evidence and caused stress and fear for the MSF team," the group said, adding that the investigators had previously promised they would notify the organization of any actions involving MSF personnel or assets.

NATO's spokesperson in Afghanistan said the incident was being "reviewed."

"It's a violation of international humanitarian law, so we want to see the facts and understand why," MSF president Meinie Nicolai told RT, referring to the US attack on the hospital in Kunduz. "Under the Geneva conventions medical care and hospitals are protected sites, they are not allowed to be targeted during war and this is what has happened in this case," the member of the MSF International Board said, adding that the organization is seeking an independent investigation.