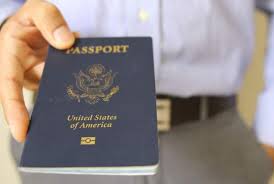 It sounds crazy, but next year, millions of Americans might have to start using passports to fly -- on domestic flights.

A decade ago, the U.S. government issued stricter standards for state-issued IDs, including drivers licenses. But four states have refused to comply: Louisiana, Minnesota, New Hampshire and New York.

It's possible that fewer people will be impacted if states take action soon. States have desperately begged for extensions. Minnesota didn't get one.

"As soon as January 2016, Minnesotans may not be allowed to board federally-regulated commercial aircraft using a Minnesota driver license or ID card," the state's public safety department told CNNMoney.

Two states were granted temporary waivers just this Tuesday, and now they're scrambling to pass new laws, make new cards and issue them to the public.

The stricter ID standards are already being enforced elsewhere. Recently, people with New Hampshire drivers licenses have been turned away from federal buildings in Washington, according to New Hampshire licensing officials.

The TSA will accept $55 passport cards and $135 passport books as valid ID.

What does the law state?

Following recommendations of the 9/11 Commission, President Bush signed into law the REAL ID Act in 2005. The law made fake IDs harder for criminals to obtain.

The REAL ID Act forces all U.S. states and territories to demand more proof of identity when issuing IDs, such as a verified original copy of a person's birth certificate. Plus, it also increases the technology present in the government-issued cards.

1 Comments in Response to It sounds crazy, but next year, millions of Americans might have to start using passports ...

It's a shame the states are such willing accomplishes in this. It's also a shame the media so consistently fails to actually inform. The underlying issue as far as I can tell is that they cannot simply refuse to let you fly IF you present them with some reasonable documents to VERIFY you are who you claim to be. Below is from the DHS website. Note that they are careful to avoid saying they have complete discretion and that only approved ID is allowed. To the contrary they specifically talk about alternative forms of ID, the main difference really is that if you have ONE APPROVED ID that's all you need whereas if you only have "alternative id" you will need two of them. It is likely that if you had reasonable alternative ID and they refused to let you fly, and that was the only reason they refused, you would win in court. I'm sure they do NOT want to see this tested. So a non-compliant but otherwise valid driver's license PLUS your social security card should be sufficient to board an aircraft. ============== Forgot Your ID? In the event you arrive at the airport without proper ID, because it is lost or at home, you may still be allowed to fly. TSA officers will request you present two other forms of ID bearing your name. One of the items must bear your name and other identifying information such as photo, address, phone number, social security number or date of birth. There is no standard list of what alternate forms of ID are acceptable. Examples include: temporary paper driver’s licenses, non-driver IDs, social security cards, birth certificates, marriage licenses and credit cards. You may also be asked to provide additional information, TSA has other ways to confirm your identity, like using publicly available databases, so you can reach your flight. ===========