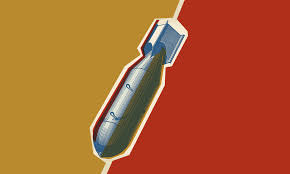 Twelve staff members and 10 patients, including three children, were killed, and 37 people were injured. According to MSF, the U.S. had previously been informed of the hospital's precise location, and the attack continued for 30 minutes after staff members desperately called the U.S. military.

The U.S. first claimed the hospital had been "collateral damage" in an airstrike aimed at "individuals" elsewhere who were "threatening the force." Since then, various vague and contradictory explanations have been offered by the U.S. and Afghan governments, both of which promise to investigate the bombing. MSF has called the attack a war crime and demanded an independent investigation by a commission set up under the Geneva Conventions.

While the international outcry has been significant, history suggests this is less because of what happened and more because of whom it happened to. The U.S. has repeatedly attacked civilian facilities in the past but the targets have generally not been affiliated with a European, Nobel Peace Prize-winning humanitarian organization such as MSF.