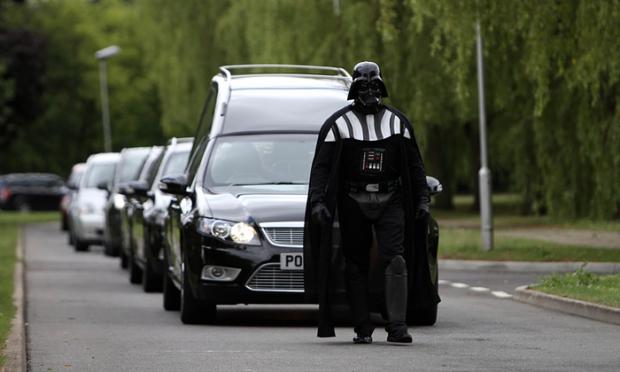 The traditionally sombre funeral is being challenged by a surge in popularity for so-called destination funerals held in gardens, sports venues and beauty spots, research suggests.

Mourners are likely to dispense with the traditional hearse, choosing buses, motorbikes, horse-drawn carriages and even white vans instead, according to the research carried out among Co-operative Funeralcare's 2,500 funeral directors, and a separate poll of 2,000 UK adults.

Nearly half (49%) of Co-op funeral directors said they had arranged a service in a location other than a church or a crematorium in the last 12 months. More than a third of adults (37%) said they would consider an alternative location for their own sendoff.