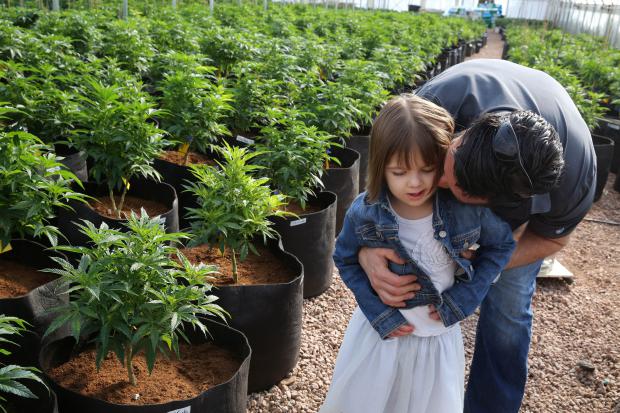 Here we meet Sophie, who was a typical eight-month-old girl until the day her eye began twitching. An MRI showed that she had an optic pathway glioma brain tumor. Given how young she was, the only option was to begin chemotherapy, but Sophie's parents Tracy and Josh were skeptical. They were told that the tumor would probably shrink only slightly, so they began researching other ways of saving their daughter.

After some friends suggested cannabis oil, Tracy's first thought was: "There is no way I am giving my child weed," but Sophie's doctor was supportive about the family giving it a go.

Josh and Tracy turned to cannabidiol (CBD) oil, a cannabis extract with little or none of the psychoactive compound THC. "She did fantastic," Tracy recalls. "She slept a lot, but it was phenomenal."

Subsequent scans showed the tumor shrinking fast, which was more than Sophie's parents could have ever hoped for. "These kind of tumors have a 65-75% relapse rate," Tracy explains. Sophie stopped chemotherapy, but her parents decided to re-start it again after small spots were discovered on her next scan.