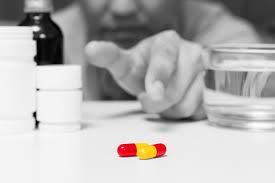 Oregon Democratic Governor Kate Brown signed the Oregon Right To Try Act into law last week, thus allowing doctors to prescribe experimental medications and treatments to terminally ill patients. Under the new law, dying patients no longer have to lobby for an exemption from the Food and Drug Administration in order to try medications that are still being tested and have not yet obtained FDA approval.

"People fighting for their lives shouldn't have to fight the government too. Any person who wants to access a promising investigational treatment when they have exhausted standard treatment protocols should have the right to do that," said Goldwater Institute president Darcy Olsen in comments to KTVZ-TV.

The Goldwater Institute has been pushing for the enactment of "right to try" laws in states across the U.S. with great success. "To say that Right To Try is sweeping the country may be an understatement. In little more than one year the law has been adopted by 24 states," said Olsen.