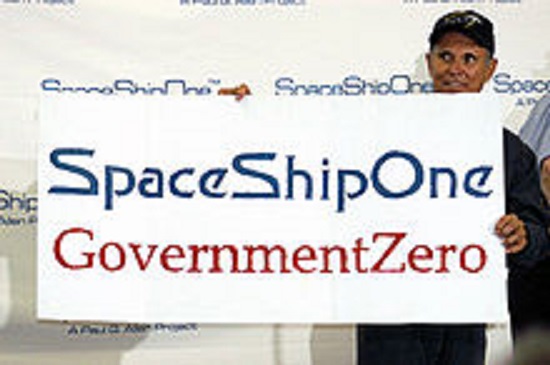 The NTSB says 'political pressure' on the FAA prevented it from stopping a dangerous program bankrolled by a delusional billionaire. Sources inside Virgin Galactic describe the breakdown.

The Federal Aviation Administration's oversight of Richard Branson's "space tourism" program was so lax that it granted Virgin Galactic waivers from safety regulations that Galactic never asked for.

That was one of the explosive findings announced by the National Transportation Safety Board on Tuesday, nine months after the fatal crash of SpaceShipTwo. Although the NTSB confirms that copilot Mike Alsbury accidently caused the crash, the Board said FAA managers prevented inspectors from interrogating Galactic's engineers due to unidentified "political pressure." The NTSB further alleges the FAA allowed Galactic to make test flights even though the SS2's design did not meet all required safety standards.

Turning to the crash itself, NTSB investigators found that the test pilots were given a very high workload during the critical first seconds after SpaceShipTwo, fell free of its mother ship and fired up its rocket motor.

This workload contributed to a situation where a pilot could become what the NTSB identified as a "single point failure"—in this case not a failure of a system or structure but what is defined as a "human factors failure."

The braking device that was prematurely deployed by Alsbury is unique to SS2 and works by "feathering"—tilting the wing tips sharply upward to create an effect similar to the feathers on a badminton shuttlecock—to slow the vehicle for re-entry and landing.

The device should have been activated as SS2 reached a speed of 1,000 mph, about 26 seconds after the rocket ascent begins. Asbury activated it just 13 seconds into the flight, ten miles above Mojave Desert. At that speed and altitude, aerodynamic forces tore the craft apart.

Alsbury was killed instantly but pilot Peter Siebold made one of the most remarkable escapes in the history test flights. The Daily Beast has been able to reconstruct the details exclusively from an account by an eyewitness.

When SS2 broke up Siebold was thrown clear, still buckled in his seat, as though in a designed ejection. As he fell, pieces of the SS2, some large, many small, glinted in the clear sky around him along with vapor from the rocket motor that was still burning out. The debris field in the desert would be five miles long.

Flight controllers watching, horrified, in the Galactic control room at their Mojave base had lost all contact. Although telemetry provided a record of all SS2's systems and cockpit video recorded the pilots' actions, the violent breakup severed all connections with the ground. Also, because the disaster happened at such great altitude, all that was visible to observers in the desert was the dying vapor from the rocket motor.

Still invisible to everyone, Siebold, strapped in his seat, was dropping like a brick through the thin air with very little oxygen. Unless he could escape the seat, Siebold's parachute could not be deployed. Somehow at some point he managed to release the harness. The parachute opened automatically at 14,000 feet, triggered by a barometric sensor.

It was still not clear whether Siebold was alive until, although seriously injured, he waved an arm as he neared the ground.

Still invisible to everyone, Siebold, strapped in his seat, was dropping like a brick through the thin air with very little oxygen.

Since the crash, Galactic has changed the locking mechanism that controls the deployment of the feathering device—something that the NTSB has now recommended. The change is designed to prevent the system being unlocked until SS2 has reached the target speed, where the aerodynamic pressures are far lower.