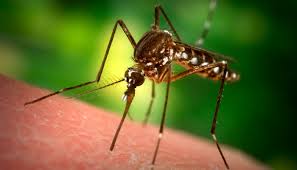 In sub-Saharan Africa, more than a quarter million children under the age of five die every year from Malaria. Statistics marking this life-threatening disease may soon decrease, however, as a vaccine against malaria was recently approved by a European medical agency for use in Africa.

The remedy, RTS,S (also known as Mosquirix) was administered to children aged 6 weeks to 17 months in three doses. Over the first 18 months following three doses of RTS, S, malaria cases were reduced by almost half in children aged 5-17 months at the time of the first vaccination, and by 27% in infants aged 6-12 weeks.

When the disease first enters the human host's bloodstream or liver, RTS,S triggers the body's immune system to defend against the Plasmodium falciparum malaria parasite.

The entire world is embracing this positive news, as it is the first time anyone has ever been able to make a vaccine against a parasite.

On the Connection Between Graphene Oxide Found in "Covid Vaccines",

The Obsession of the Unhealthy

The Deadly Censorship of Ivermectin

Just What Is The Hidden Agenda Behind U.S. Military Order For Anti-Aging Pills?

7 Simple Tips To Keep Mosquitoes Away From Your Camp

What if Sydney could shorten the lockdown with cheap common drugs, but we didnt even try them?