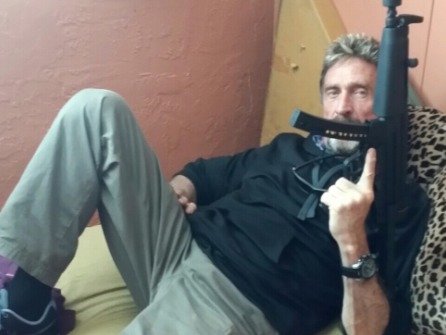 He built one of the biggest antivirus companies to date, and yet it's what happened after this chapter of his life that made him a legend.

McAfee once lived in Belize and allegedly got caught up with drugs and other illegal activities, but that's half the story.

Here's a look into who the man once was, what he became, and where he is now.

Trust us, it's a wild ride.

John McAfee was born in the UK in the mid-1940s. His parents moved to Roanoke, Virginia, when he was young.

His early life was likely tough for the young man. His father, who worked as a road surveyor, was an alcoholic. When McAfee was 15, his father committed suicide, a fact McAfee says he wakes up with every day.

McAfee went to Roanoke College, where he also took up drinking. But the younger McAfee was a shrewd entrepreneur at a young age. His first business sold magazines door to door, which he says made him a small fortune.