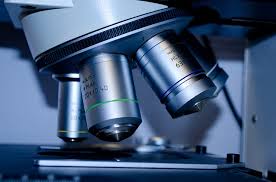 When children grow up dreaming of becoming scientists they have the purest of aspirations and if they were left to pursue their own studies they would be able to accomplish the unimaginable. Unfortunately, to become a member of the scientific community one has to jump through many bureaucratic hoops until they are eventually inducted into an establishment which is tightly regulated and directed by warmongers and control freak aristocrats.

People spend half of their lives taking classes, passing tests and filling out applications in hopes that one day they can become a scientist and cure a disease. After years of struggling to make the cut they realize that there is no funding for their charitable projects and if they dare step outside of the established guidelines they will be exiled from the scientific community.

Additionally, even when legitimate studies are done, they hardly ever reach the public or get taken seriously because most of the publishers that are considered "reputable" are controlled by just a few corporations that heavily censor the information that gets released.

A recent study conducted by Professor Vincent Lariviere from the University of Montreal's School of Library and Information Science, and a number of other researchers, found that nearly all major scientific papers are controlled by the same six corporations.

"Overall, the major publishers control more than half of the market of scientific papers both in the natural and medical sciences and in the social sciences and humanities. Furthermore, these large commercial publishers have huge sales, with profit margins of nearly 40%. While it is true that publishers have historically played a vital role in the dissemination of scientific knowledge in the print era, it is questionable whether they are still necessary in today's digital era," Lariviere said.

The researchers sifted through tons of studies that were published between the years of 1973 and 2013 and found that the studies were overwhelmingly published by the same six publishers. The publishers named in the study are ACS, Reed Elsevier, Sage, Taylor & Francis, Springer, and Wiley Blackwell.