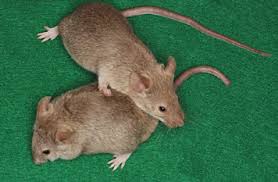 The man-made sperm do not have tails and cannot swim, looking more like eggs than natural sperm, but they can fertilise an egg and pass on genetic information to potential offspring, according to a paper published in the journal Cell Stem Cell

"Our man-made sperms cells can be used to generate an army of half-cloned mice with ease and efficiency. These half-cloned mice will fight on the frontline in battles against cancer and other genetic health issues," said professor Li Jinsong, lead scientist on the project with the Chinese Academy of Sciences' Shanghai Institute for Biological Sciences.

The researchers injected an artificial sperm into a natural egg. The resulting mouse was half-clone, with 50 per cent of its genes coming from one of thousands of sperm cultured in a test dish.

A powerful gene-editing tool called CRISPR-Cas9 has allowed the researchers to add, disrupt or change the sequence of specific genes in the sperm. Using CRISPR-Cas9 together with the man-made sperm, the scientists could now explore the function of many genes simultaneously, while in the past it could only be done one at a time.

Man-made sperm have been produced by scientists in labs around the world for years, but the output remained scarce. Each sperm was made from a stem cell, and the stem cells, taken mainly from embryos, were always in short supply.