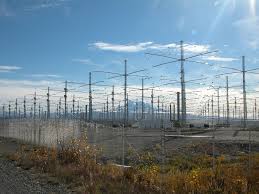 The High Frequency Active Auroral Research Program, also known as HAARP is to be transferred from military operation to "civillian control", as the site is handed over to the University of Alaska, which will continue to use the mysterious facility for experiments.

"The Air Force Research Lab has control of the HAARP facility until Aug. 11," Marmian Grimes, a university of Alaska spokesperson, wrote in an email to The Intercept.

HAARP was officially constructed with the stated goal of studying the ionosphere. It is made up of a huge array of radio transmitters and antennas, which generate radio waves to heat up portions of the ionosphere, the region of Earth's upper atmosphere, from about 60 km (37 mi) to 1,000 km (620 mi) altitude, which is ionized by solar radiation.

The facility has long been the subject of intense scrutiny among those who believe the Pentagon constructed and used it to conduct research into everything from weather and natural phenomenon manipulation weapons to more esoteric studies, such as electronic and psychotronic mind control.