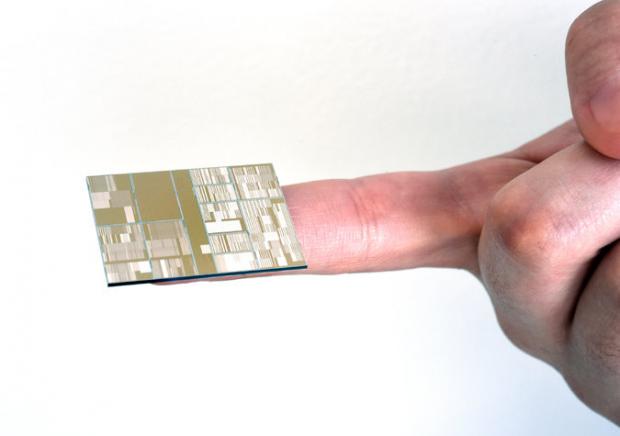 The announcement, made on behalf of an international consortium led by IBM, the giant computer company, is part of an effort to manufacture the most advanced computer chips in New York's Hudson Valley, where IBM is investing $3 billion in a private-public partnership with New York State, GlobalFoundries, Samsung and equipment vendors.

The development lifts a bit of the cloud that has fallen over the semiconductor industry, which has struggled to maintain its legendary pace of doubling transistor density every two years.

Intel, which for decades has been the industry leader, has faced technical challenges in recent years. Moreover, technologists have begun to question whether the longstanding pace of chip improvement, known as Moore's Law, would continue past the current 14-nanometer generation of chips.