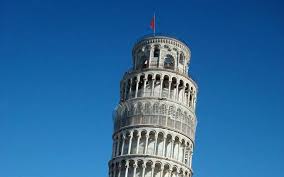 In the first study of its kind, UCLA and United Kingdom researchers found that neurons in a specific brain region play a key role in rapidly forming memories about every day events, a finding that may result in a better understanding of memory loss and new methods to fight it in Alzheimer's and other neurological diseases.

Specifically, the study examined neurons in the medial temporal lobe associated with episodic memory, the brain's ability to consciously recall experienced events and situations like running into an old school friend at the opera. Episodic memory logs these unique experiences and relies on the very rapid formation of new associations in the brain.

The team was able to record individual neurons in the medial temporal lobe and found that the cells changed their firing to encode new associations—such as meeting an old school friend at the opera—at the exact moment of the experience, said study senior author Dr. Itzhak Fried, professor of neurosurgery and psychiatry and biobehavioral sciences at the David Geffen School of Medicine at UCLA and the Semel Institute for Neuroscience and Human Behavior.

"This study goes into the heart of the neural code underlying one of the most fundamental aspects of human cognition and memory, namely the formation of associations. The astonishing finding was that this basic code is so explicit at the level of individual neurons in the human brain," Fried said. "Recording such activity of even one lonely cell in a multitude of billions of neurons in the brain of a patient on a hospital ward is a technical achievement that only a few places in the world can achieve."

The study appears July 1, 2015 in the peer-reviewed journal Neuron.

No End to Covid Mass-Jabbing Madness

Virtual Reality Therapy Plunges Patients Back Into Trauma. Here Is Why Some Swear by It.

The Most Deadly Biological Agents Ever Devised for Mass-Jabbing

Mass-Jabbing Children for Covid a Crime Against Humanity