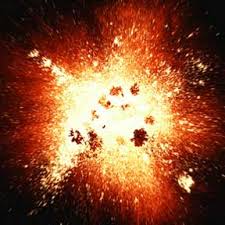 The universe can be a very sticky place, but just how sticky is a matter of debate.

That is because for decades cosmologists have had trouble reconciling the classic notion of viscosity based on the laws of thermodynamics with Einstein's general theory of relativity. However, a team from Vanderbilt University has come up with a fundamentally new mathematical formulation of the problem that appears to bridge this long-standing gap.

The new math has some significant implications for the ultimate fate of the universe. It tends to favor one of the more radical scenarios that cosmologists have come up with known as the "Big Rip." It may also shed new light on the basic nature of dark energy.

The new approach was developed by Assistant Professor of Mathematics Marcelo Disconzi in collaboration with physics professors Thomas Kephart and Robert Scherrer and is described in a paper published earlier this year in the journal Physical Review D.

"Marcelo has come up with a simpler and more elegant formulation that is mathematically sound and obeys all the applicable physical laws," said Scherrer.

The type of viscosity that has cosmological relevance is different from the familiar "ketchup" form of viscosity, which is called shear viscosity and is a measure of a fluid's resistance to flowing through small openings like the neck of a ketchup bottle. Instead, cosmological viscosity is a form of bulk viscosity, which is the measure of a fluid's resistance to expansion or contraction. The reason we don't often deal with bulk viscosity in everyday life is because most liquids we encounter cannot be compressed or expanded very much.

Disconzi began by tackling the problem of relativistic fluids. Astronomical objects that produce this phenomenon include supernovae (exploding stars) and neutron stars (stars that have been crushed down to the size of planets).

Does this enzyme raise the chance of COVID-related death?

I'm a Lyft Driver. My Passengers Act Like I'm Part of the App

In the cinema, my father's unspeakable childhood finally surfaced

How to stop procrastinating