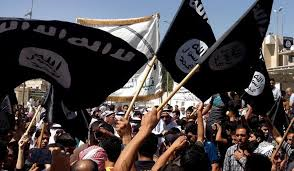 While interviewing Iraqi refugees in a tent city in Baghdad, journalist Yaroslav Trofimov discovered that a growing number of residents believe ISIS is receiving direct support from the American government.

"We all know that America is providing ISIS with weapons and food, and that it is because of American backing that they have become so strong," said Abbas Hashem, a 50-year-old who recently fled Ramadi.

Others, such as prominent lawmaker Alia Nusseif, made equally striking comments, accusing the US of using ISIS as a proxy army to split up the country.

"We don't have any trust in Americans anymore," Nusseif said. "We now think ISIS is being used as a tool by America to divide and weaken Iraq."

Sabah Karhout, chairman of the Anbar Provincial Council, stated that America's shockingly "shy" role towards ISIS has been disastrous for opposition groups.

Puppies Are Born Ready to Communicate With And Understand Humans