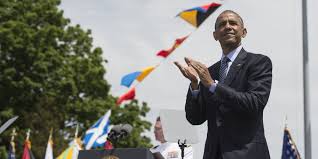 Alas, it was not to last, and moments ago, in a "nailbiting" 60-37 vote, the Senate advanced Obama's fast-track tarde bill.

The Senate on Tuesday voted to advance President Obama's trade agenda, approving a measure to end debate on fast-track authority.

The 60-37 motion sets up a vote on final passage on Wednesday. If the Senate approves fast-track or trade promotion authority (TPA), it would then be sent to Obama's desk to become law. Fast-track authority would allow Obama to send trade deals to Congress for up-or-down votes. The White House wants the authority to conclude negotiations on a sweeping trans-Pacific trade deal.

They did so even though the trade package did not include a workers assistance program for people displaced by increased trade. The Trade Adjustment Assistance (TAA) program was a part of the last fast-track package approved by the Senate in May, but became a key part of opposition to the package among Democrats in the House.