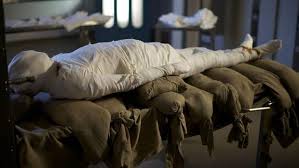 The ancient Egyptian practice of preserving bodies through mummification is no longer the preferred method to pay homage to our dead, but it is still alive and well in research labs.

We've learned a lot about mummification from historical texts and actual mummies, but to truly understand the original embalmers' secrets, scientists are following millennia-old recipes to make modern-day mummies. In turn, these 21st century mummies are producing new insights about their ancient forebears.

Much of what researchers know about the mummification process comes from sources like Greek historian Herodotus, paintings on tomb walls and the actual tools embalmers used. Researchers also make inferences about embalming techniques by studying the incision patterns and anatomy of mummies. But this evidence still can't answer key questions about the mummification process.

Can an obsidian knife make precise incisions into the flesh? How long does mummification take? Are the embalming methods mentioned in the historical record actually feasible? Those questions are the subject of two studies this week in The Anatomical Record.

In the first, researcher Bob Brier and colleagues revisit an experiment begun in 1994, in which the team played the role of embalmer and mummified a man in his 70s who had donated his body to science. Brier followed the mummification processes developed during Egypt's New Kingdom period (1550-1064 BC), which is thought to be the most refined method of mummification.