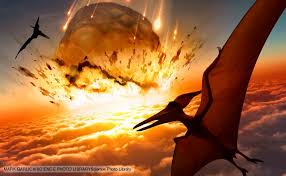 There is no longer any doubt: We are entering a mass extinction that threatens humanity's existence.

That is the bad news at the center of a new study by a group of scientists including Paul Ehrlich, the Bing Professor of Population Studies in biology and a senior fellow at the Stanford Woods Institute for the Environment. Ehrlich and his co-authors call for fast action to conserve threatened species, populations and habitat, but warn that the window of opportunity is rapidly closing.

"[The study] shows without any significant doubt that we are now entering the sixth great mass extinction event," Ehrlich said.

Although most well known for his positions on human population, Ehrlich has done extensive work on extinctions going back to his 1981 book, Extinction: The Causes and Consequences of the Disappearance of Species. He has long tied his work on coevolution, on racial, gender and economic justice, and on nuclear winter with the issue of wildlife populations and species loss.

There is general agreement among scientists that extinction rates have reached levels unparalleled since the dinosaurs died out 66 million years ago. However, some have challenged the theory, believing earlier estimates rested on assumptions that overestimated the crisis.