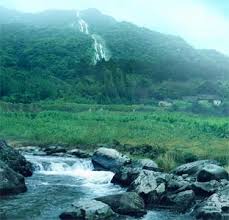 This means that fish, trees, birds and rivers have a constitutionally guaranteed right to exist and flourish.

In the south of Ecuador there is a river called the Vilcabamba and some local people noticed a road building company dumping rocks and gravel from a road building project into the river.

This narrowed the river and increased the speed of the flow during heavy rain.

Many properties were lost due to erosion resulting from the increased stream flow.

The locals sued the road building company but not for money.

They sued the company on behalf of the river and that was allowed because of the constitutional guarantee of Pachamama.

You cannot sue for money as the river cannot use money, but you can sue to have the river restored, and they won their case.