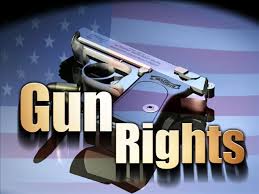 The blogosphere is sounding off about a pending new Obama policy that would impact not only the 2nd Amendment, but the 1st Amendment as well.

As incredible as it seems, individuals would be in violation by "merely posting information on the Internet about common firearms" which "could be interpreted as illegally sharing sensitive information with foreign nationals"

Applying issues related to "exporting" and "foreign nations" under an international treaty to individual on-line speech (under the guise of improperly sharing technical data about firearms) may seem like a stretch, but it is apparently what is happening, unless public opposition is voiced before this oh-so quiet regulation sets in towards the end of summer.

While it remains to be seen if such a policy would be enforceable, the mere redefinition of Internet activities – now under FCC regulation – is startling, suggesting that the "bark" about guns may be just as threatening to this anti-gun administration as the "bite" of 'military-style weapons' like the AR-15 that so frequently drives media coverage. According to theWashington Times:

Gun control and control of free speech would be combined in a new Obama administration plan that could send Second Amendment advocates to prison.