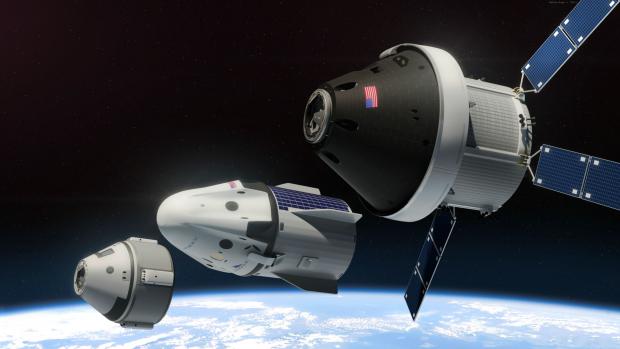 Elon Musk's space company has asked the federal government for permission to begin testing on an ambitious project to beam Internet service from space, a significant step forward for an initiative that could create another major competitor to Comcast, AT&T and other telecom companies.

The plan calls for launching a constellation of 4,000 small and cheap satellites that would beam high-speed Internet signals to all parts of the globe, including its most remote regions. Musk has said the effort "would be like rebuilding the Internet in space."

If successful, the attempt could transform SpaceX, based in Hawthorne, Calif., from a pure rocket company into a massive high-speed-Internet provider that would take on major companies in the developed world but also make first-time customers out of the billions of people who are currently not online.

The idea of saturating Earth with Internet signals from space has long been the dream of prominent business tycoons, including Bill Gates in the 1990s. But many of these ventures have run into obstacles that Musk is working to avoid. Musk has his own rocket, and he has said his swarm of satellites will be more efficient and inexpensive than relying on a handful of big devices that are difficult to replace.

Satellite operator Viasat is calling for a stop to all SpaceX Starlink launches...

How Much Internet Data Do I Need When Living Off Grid? (2021 Update)

Android without Google? How is that Possible?

How Do I Find Broken Links? - Questions For Corbett #075

LG is quitting the smartphone business