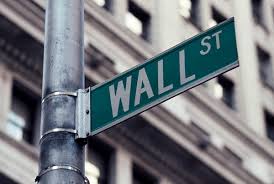 Thomas J. Hughes, a 29-year-old investment banker allegedly took his life by jumping from a luxury apartment building at 1 West Street in Manhattan last week. Per usual, the NYPD immediately declared it a suicide. Strangely, serious investigations never took place and similar deaths have occurred within the past 18 months all declared suicides.

Wall Street on Parade has been following a lead, alleging insurance fraud. They may be barking up the wrong tree with regard to motive, but what they are barking about is very strange. I suspect that, like myself, they may have stumbled upon info with respect to market manipulations that would uncover even more wrongdoing and billions of dollars in fines.

Wall Street on Parade's barking may not be the motive for the deaths, but given the strange death of Senior Vice President of MassMutual, Melissa Millan, 54, who they point out was in possession of the very type of peer review records they were seeking, there may be another motive. As Wall Street on Parade reported about Millan's death, "That meant Millan was among a limited group outside of Federal regulators who was in a position to have broad data on the death benefit claims being submitted by multiple banks and able to run studies to detect if anomalies were emerging." Millan was brutally stabbed to death while jogging in Simsbury, Connecticut. The connection may not mean that she was murdered to cover-up insurance payments, but rather that she may have suspected murder and thus insurance fraud so her murder might be required to prevent an investigation of the Wall Street suicide contagion.

Where Are the Autopsies of People Dying Post COVID Vaccine?

FUNERAL DIRECTOR, I'M LOOKING AFTER THE TERRIBLE MISTAKE, MOST DEATHS ARE VACCINATED

BREAKING: Pfizer Vaccine APPROVED For MASS MURDER By The FDA! - What You Need To Know!