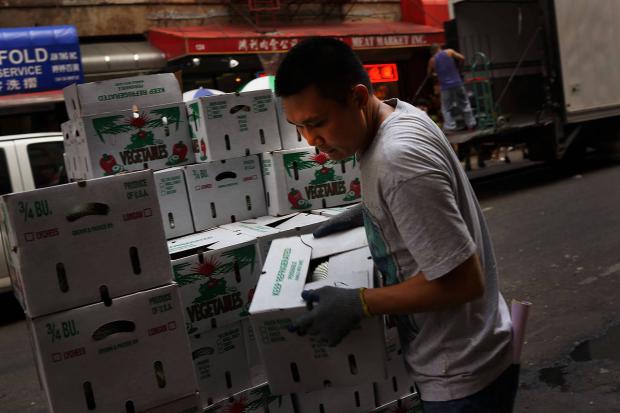 Move over, Mexico. When it comes to sending immigrants to the U.S., China and India have taken the lead.

China was the country of origin for 147,000 recent U.S. immigrants in 2013, while Mexico sent just 125,000, according to a Census Bureau study by researcher Eric Jensen and others. India, with 129,000 immigrants, also topped Mexico, though the two countries' results weren't statistically different from each other.

For the study, presented last week at the Population Association of America conference in San Diego, researchers analyzed annual immigration data for 2000 to 2013 from the American Community Survey.

The mandatory annual survey conducted by the Census Bureau asks where respondents lived the year before. Researchers counted as an "immigrant" any foreign-born person in the U.S. who said they previously lived abroad, without asking about legal status. (So while the data include undocumented immigrants, it may undercount them.)